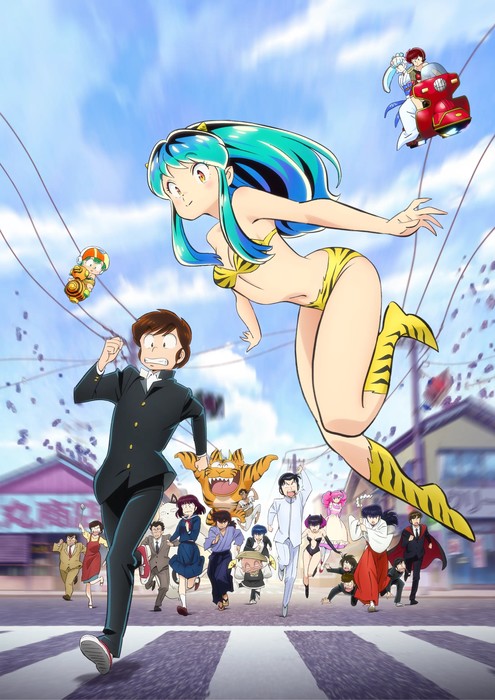 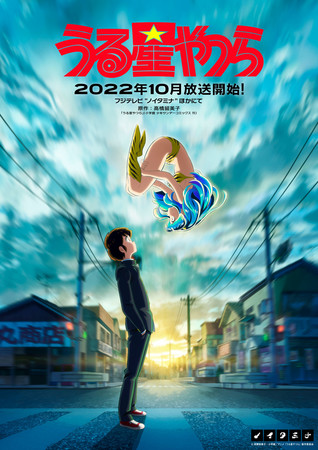 The anime will premiere on October 13 and will run for a year or two courses (quarters of the year), without interruption. The entire anime series will adapt selected stories from the manga and the last four courses, or a full year, even if not consecutive. The anime will air in Noitamin programming lock activated Fujitv and other channels to celebrate the manga publisher’s 100th anniversary Shogakukan.

Takahiro Kamei (director of the episode on Strike Witches: Road to Berlin, JoJo’s Bizarre Adventure: Golden Wind) is the director of the series. Masaru Yokoyama (Orimiya, Mobile Suit Gundam: Iron Blood Orphans2019 Fruit basket) is composing the music. The other staff members are:

Viz Media began publishing the manga in 2-in-1 omnibus editions in spring 2019 with new translations. Viz describes the series:

Revisit the acclaimed romantic comedy about an unfortunate human boy who meets a beautiful alien space princess in this large edition with all-new translations and new covers. In the series, Ataru Moroboshi’s supernatural encounters with the female gender all begin when he has chosen to play with an alien princess named Lum who invades earth on her UFO. Ataru has ten days to touch Lum’s horns or the aliens will take over the earth! As it turns out, the tag game is just the beginning of Ataru’s troubles, as he continues to attract strange encounters with otherworldly beings like the beautiful snow spirit Oyuki and the sexy raven goblin Princess Kurama!

The manga series has arrived Shogakukan‘S Sunday Shōnen weekly magazines from 1978 to 1987. Viz Media part of the series previously published in English with titles lumen Other The return of Lum in the 90’s.

The manga inspired a television anime series that aired from 1981 to 1986, various anime films and an original anime video (OVA) series. Anim Eigo released most of the previous anime in home video except the Urusei Yatsura: Beautiful dreamer film that Central Park Media released. After the licenses of these companies expire, Media Disco released the movies.