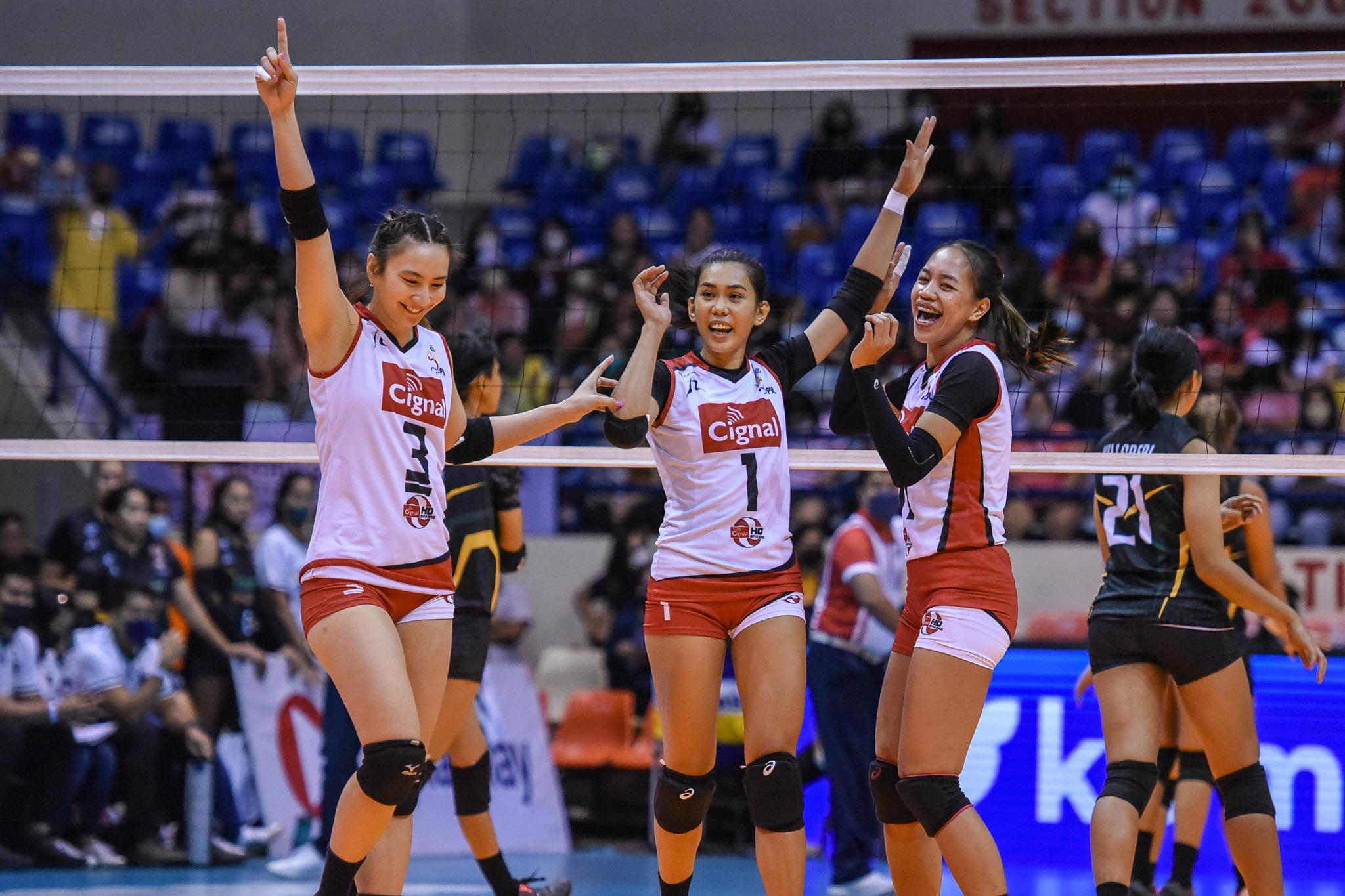 Cignal improved to 1-1 after opening his campaign in the semi-finals with a defeat to PLDT last Thursday, as the army sank into a 0-3 hole to get out of contention.

After a close match in the first two sets, the HD Spikers retired in the third frame as after a match of 17 apiece, the wards of coach Shaw Delos Santos caught fire for six consecutive points for a spread of 23-17.

Gel Cayuna then had a long serve as the Lady Troopers earned a point before their team’s back-to-back attacking mistakes finally closed the set for Cignal, 25-18.

But the army reacted with a convincing 25-18 win in the fourth set and dragged the signal to a decisive fifth set.

Veteran Rachel Anne Daquis showed off her vintage shape in the clutch, scoring six points early when she picked up a much-needed 11-9 cushion on the way to a close 16-14 win.