From shoes to clothes, from vinyl records to the latest smartphones, humans have a seemingly insatiable desire for the latest products.

Now, researchers have used computer models to try to explain why we constantly crave more and more material things, even when they make us feel miserable.

According to the results, we pursue more rewards when we “get used to” a higher standard of living and are confronted with various standards. 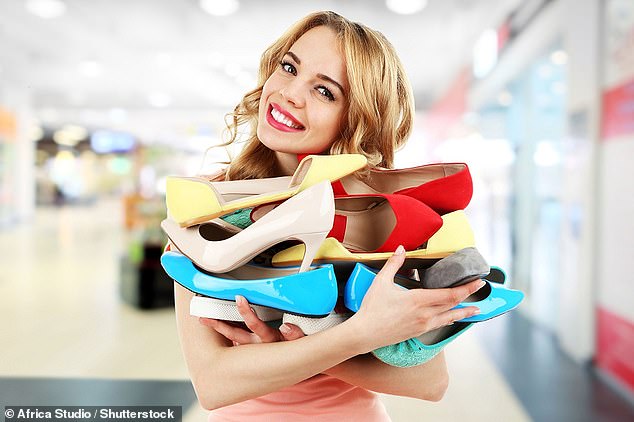 Do you want more and more things even if they are making you miserable? Well, we can probably blame our brains for our relentless pursuit of material goods, according to a computer simulation study.

WHY DO WE ALWAYS WANT MORE?

Even under favorable circumstances, humans often find it difficult to stay happy with what they have.

While we may initially enjoy a newly purchased car, over time it brings fewer positive feelings and eventually we start dreaming of the next rewarding thing to pursue.

According to experts, two psychological phenomena cause our brain to relentlessly pursue material goods:

relative comparisons: The difference between what we have and what we want, or what other people have.

Previous expectations: Wanting our current situation to be as good as previous positive experiences.

The new study was led by researchers from Princeton University’s Department of Psychology in New Jersey.

“From ancient religious texts to modern literature, human history abounds with tales describing the struggle to achieve eternal happiness,” they state in their article.

“Paradoxically, happiness is one of the most sought after human emotions, yet achieving it in the long term remains an elusive goal for many people.

“Our findings help explain why we are prone to being trapped in an endless cycle of desires and desires and may shed light on psychopathologies such as depression, materialism and over-consumption.”

This means that we often worry about the difference between what we have and the desired level we wish to achieve.

Second, what it takes to be happy depends on our previous expectations, but these expectations can change over time.

For example, if we have had a particularly pleasant experience, such as being taken on a cruise, we will judge our happiness against the expectation of having a similar experience again.

Lead author of the Princeton study Rachit Dubey told MailOnline: “Our article was inspired by discoveries about human happiness (particularly our propensity to keep wanting more) and we wanted to provide an explanation for this behavior.”

In their experiments, the team created computer simulated agents to represent real human ‘brains’ and the way humans think, and taught them ‘reinforcement learning’.

Dubey said: ‘Reinforcement learning methods focus on training an agent (e.g. a robot) so that the agent learns how to map situations to actions (e.g. learning to play chess).

“The guiding principle of these methods is that they train agents using rewards: they provide positive rewards for desired behaviors and / or negative rewards for unwanted ones.”

Some brains were given a simple “reward”, while others were given an extra reward when they based their decisions on previous expectations and comparing their rewards with others.

The researchers found that the second group was less happy but learned faster than the first and passed them in all the tests they took. 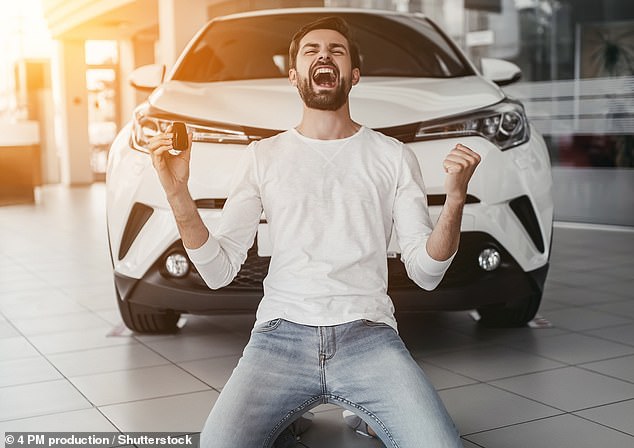 While we may enjoy a newly purchased car, over time it brings fewer positive feelings and eventually we start dreaming of the next rewarding thing to pursue, researchers say (archive photo)

This suggests that we will be less happy the more rewarded we are when we are confronted with various standards.

“However, this also has drawbacks: we constantly devalue what we already have, which in extreme cases can lead to depression and excessive consumption.”

Dubey also recognized the question of how reliably such computer methods can map human behavior.

“Care must be taken when generalizing our simulation-based results to real-world scenarios,” he told MailOnline.

The team’s article was published in the journal PLoS Computational Biology.

Lowering your expectations, but not so much that it leaves you unhappy, is the key to a happy life, according to scientists searching for the “equation for happiness”.

In 2021, University College London experts launched the Happiness Project, a search for a simple equation to explain what makes us happy.

To determine happiness levels, they launched a mobile app that encouraged players to make risky decisions and say how they thought they were behaving.

More than 18,000 people have played the game, giving researchers an insight into the links between performance, expectations and levels of happiness in players.

They paired the findings with MRI scans to gain a deeper understanding and one day create an equation that can “explain the different factors that matter to happiness in each of us.”

The same team published an equation in 2016 that linked happiness to equality, finding that greater inequality leads to lower levels of happiness.

For the new job they found happiness is related to expectations. Finding that lowering expectations increases the likelihood of a positive surprise, but lowering them consistently can leave you unhappy, so it’s all about finding the right balance.

The authors argue that we should treat happiness “as a tool rather than a goal in its own right,” to give us an idea of ​​a given task and direct our actions based on feelings.