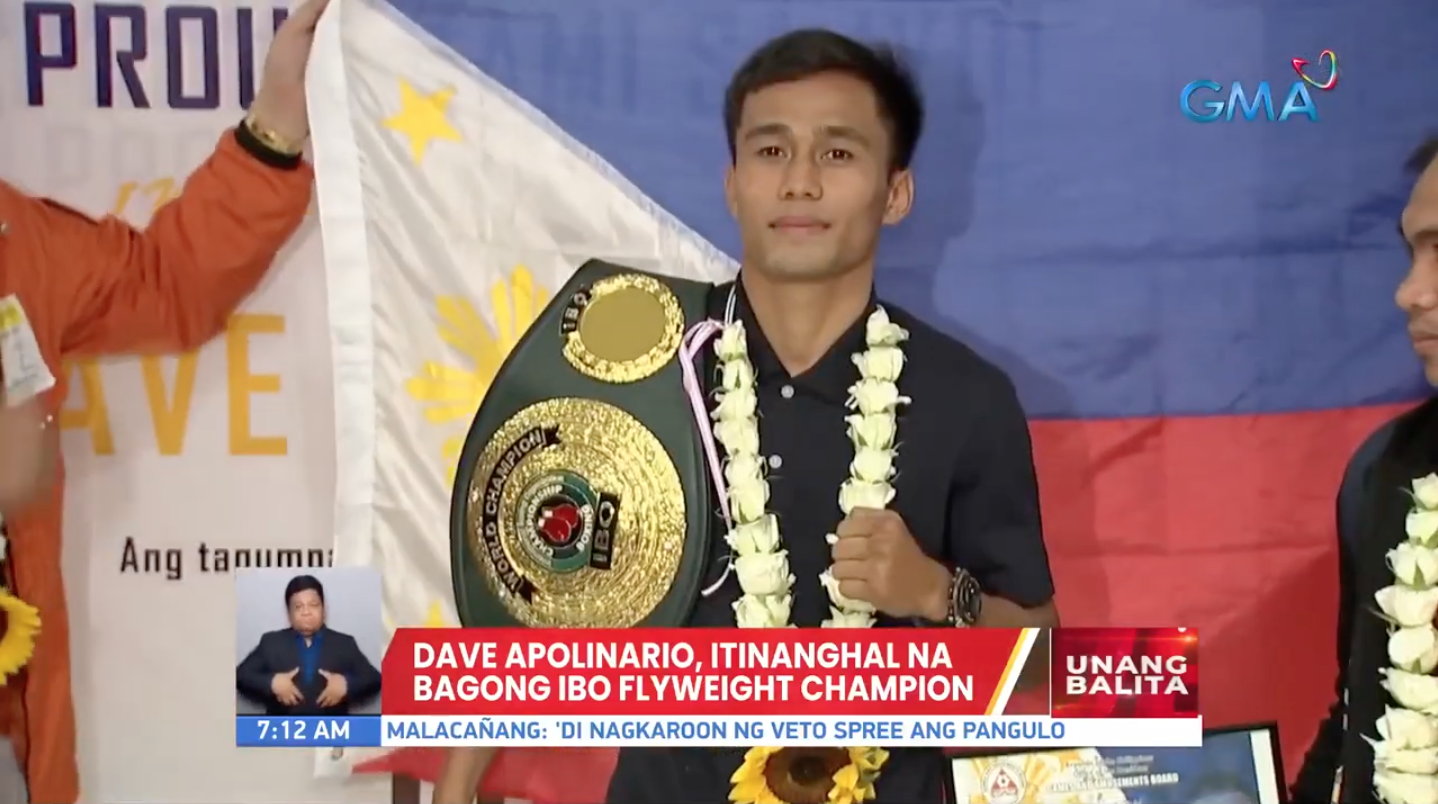 In an interview with “Unang Balita” on Thursday, Apolinario said it was also his mother’s dream of becoming a world champion.

[When I was 13 or 14 years old, I was still an amateur, my mom would tell me that she wants me to become a professional and world champion.]

[Until I reached 10-round fights and became an Asia Pacific champion. Before she passed away, during my last fight in General Santos, she told me to continue boxing so I can become a world champion which was our dream.]

And on July 30, Apolinario knocked out opponent Gideon Buthelezi and fulfilled his dream of a world title.

The Filipino boxer said knocking out the opponent was in his plans.

[The opponent was a 3-time world champion, I’m just 23 years old. I need to knock him out because they said that if I went there, if I did not knock him out, it would go to the rounds, I could lose by decision.]

Apolinario also has a message for those who wish to become a successful boxer too.

[Give your best in training to reach your dreams of becoming a world champion.]