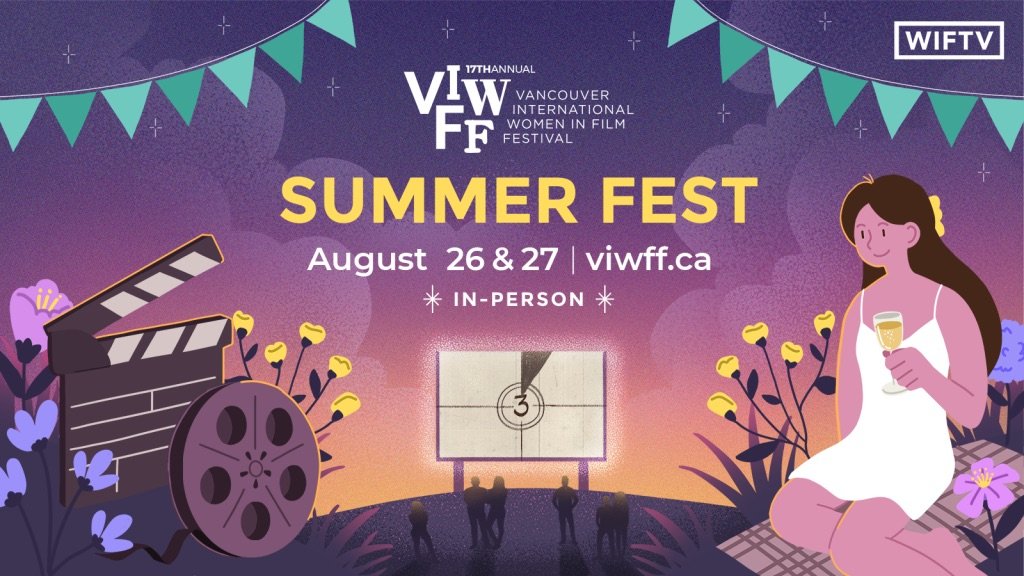 Women in Film & Television Vancouver (WIFTV) announced the first ever Summer party presented by the Vancouver International Women in Film Festival (VIWFF) on August 26 and 27, 2022.

The event, which will be held at the VIFF Center in Vancouver, will feature highlights and winners from the VIWFF 2022 festival that took place online in March. The in-person event is a two day celebration that features two themed nights including Best of the Fest and Best of BC Shorts with highlights including Tajo Hurrle’s festival winners I’m Leowhich won Best Short Film and the Impact Award at this year’s festival and the feature film by Zoe Hopkins Run Donna Run winner of Best Film, Best Screenplay and Best Performance at VIWFF 2022.

“After a couple of years of mostly online festivals for VIWFF, we are thrilled to be able to bring together and celebrate the phenomenal work of filmmakers in our community. It is so important to see the work on the big screen and celebrate our victories. We look forward to connecting and welcoming people again, ”says Patrycja Mila Kamska, WIFTV’s event and program manager.

The Vancouver International Women in Film Festival (VIWFF) is presented with the support of Telefilm, Creative BC, BC Arts Council, City of Vancouver, CMPA – BC Producers Branch and Matrix Production Services.

DETAILS OF THE EVENT
Friday 26th August – Best of BC
Screening of short films, questions and answers about the director and the Matrix Mixer – 6.30 pm
Join us for the screening of Best of BC short films!

The films include: Perfect daughter, Srikandi, militant mother, Esther and Sai, Other Isobel’s footprint. After the screening and Q&A, attendees are invited to stay and mingle with local talent and directors, enjoy delicacies and entertainment in our Matrix Production Services sponsored mixer.

The Best of the Fest Screening will be presented I’m Leo (Best Short and Impact Awards at VIWFF 2022) e Run Donna Run (Best Film, Best Screenplay and Best Performance at VIWFF 2022). After the screening, there will be a closing gala featuring special industry guests, dancing and exciting WIFTV announcements!

About Women in Film and Television Vancouver (WIFTV)
WIFTV is a member-based organization committed to creating a screen-based fair industry for women and people of different genders. By addressing systemic barriers, we believe we are also working towards more inclusive and representative media.

We move closer to our mission: by supporting and organizing equity in funding, employment and promotional opportunities for all women and people of different genders in the film and television industry; provide accessible and low-barrier programming, including mentoring and educational events to increase the participation of women and genders in screen-based media; and the production of the annual Vancouver International Women in Film Festival which supports women and creators of diverse genres.

WIFTV established in 1989 as a non-profit company registered in British Columbia. Our offices are located in the traditional and undistributed ancestral homelands of the Musqueam, Squamish and Tsleil-Waututh nations.